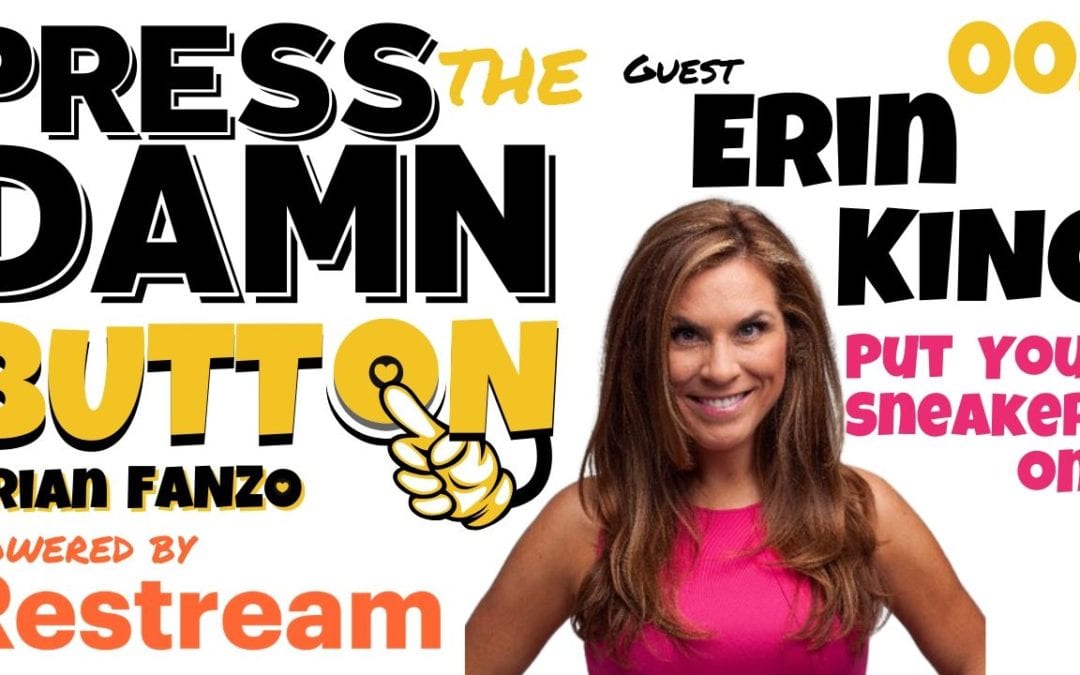 From Heels to Sneakers – Erin King Walks Her Walk

It all started when Brian sent out a tweet.

Erin King recalls reading a tweet right before changing into heels for her keynote. The tweet said something along the lines of “don’t be afraid to walk the walk you want to walk.”

It was Press The Damn Button in so many words. It stopped Erin in her tracks.

IT WAS THE HEELS! She wasn’t comfortable in them, and she wore them simply because that’s what corporate life had taught her.

So right before she was about the change into her heels, she looked down at her hightops that definitely didn’t match her pink J Crew dress and decided to walk her own walk. Instead of changing, she jumped up and walked on stage with confidence and comfort she’d never felt before.

That was the first time Erin ever got a standing ovation.

Brian and Erin met through some mutual speaker friends and have spent quite a lot of time together. They’ll tell you their “digital twins” because they have a lot of the same interests – digital media, sports, food, etc.

When Brian launched his new podcast Press The Damn Button, he knew Erin had to be the first guest. She’s one of his best friends, and she worked with brands like Disney, VISA, The Academy Awards. Erin teaches these big brands and direct salespeople on how to use their time and space online to SELL.

In their episode together they talk about a variety of topics, they get trolled, they choke up a bit and they have tons of laughs. But there was one thing they just kept going back to…

Don’t let the fear of hate keep you from telling your story.

This is said in many different ways throughout the episode, but Erin said it best. She said, “We get so worried about the one or two people that will say something bad, that we forget that 90 or 100 people may find so much value in it.”

She said that Brian’s tweets are a good example. A few people, like the troll who jumped into the live broadcast comments, may call him out or say he is a poser, but there are far more people who see his tweets and make massively positive changes in their life. For Erin, it pushed her to truly embrace who she is and finding her confidence on stage, and there are sure to be similar stories.

Erin says she kind of feels like social media is just one of those places that you have to fully tell your story in order to have success.

“If you’re going to press the button, you have to do it all the way.”

Brian fessed up that he felt that many of the things he shares on social media are things that he needs to hear. One of the largest lately is being vocal about the Black Lives Matter movement. Brian has consistently shared out that silence is compliance as a rallying call to himself.

After admitting this, Erin assured him that “we preach the things we need to hear the most.” Erin has also been speaking up about her thoughts on Black Lives Matter and has found that the extra layer of transparency has deepened the connection she has with her audience.

Have control of your dial

Erin explained her transparency on social as a dial that she turns up at certain points and turns down at others. Sometimes, she even goes completely silent!

It’s so important to know how social media is affecting both you and your audience. There may be times when you have to make a statement, and there may also be times where you have to step away for a while.

Watch the entire episode on YouTube below or listen on your favorite podcasting apps: Apple Podcasts or Spotify or Google Podcasts

Press The Damn Button Podcast is powered by Restream.IO Stream live video to 30+ social platforms AT THE SAME TIME with Restream.io

Go live on YouTube, Facebook, LinkedIn, and Twitter to reach a wider audience.
Restream Live Studio allows you to broadcast directly from your browser and invite guests or co-hosts to your live show.
Our customers include Fortune 500 companies, media, politicians, professional gamers, and celebrities. 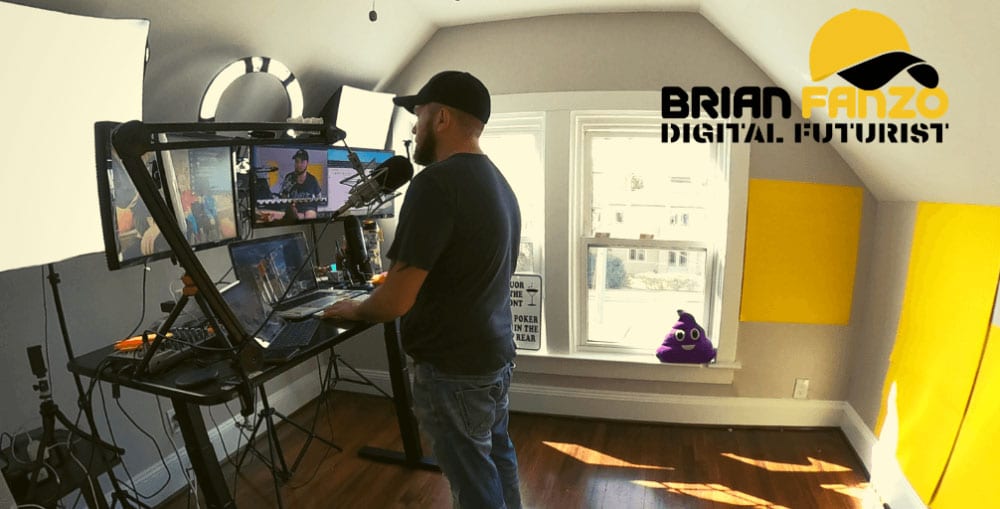 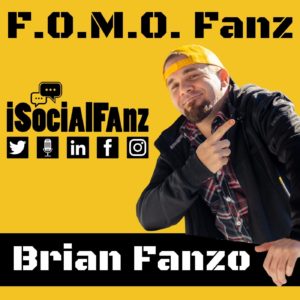